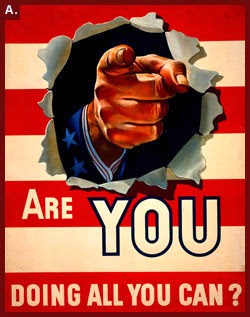 I recently received an e-mail from CSI, encouraging me (and, I trust, thousands of others) to volunteer to work on an Institute committee or task team. It reminded me of how I became involved in volunteer work for CSI, and how much that work meant to my career.

When I became a specifier, in 1985, I had not written any specifications, nor had I heard of CSI. I knew that I had a lot to learn, but I have a natural interest in finding out how things work, so I was confident I could figure out what to do. Fortunately, my boss suggested I join the local CSI chapter, and within a couple of years I studied for and passed the CCS exam. So far, my interest was self-centered; I wanted to be the best specifier I could be, and I saw the benefit of networking with product representatives.


I soon was influenced by the more active members who served on chapter committees, and I joined the education committee, where I learned that it's necessary to completely understand something before you can teach it. However, not having any bad habits to unlearn, I found it relatively easy to ingest and accept the principles of the Manual of Practice, to understand the relationships between the various construction documents, and to understand how they are used, and I became a regular instructor for chapter education and certification programs. Without any conscious intent to do so, I had become a volunteer, helping others understand construction documents.

Many members who are interested in committee work and leadership roles mistakenly believe there is a fixed path to follow. While it is common to begin at the chapter level, gain experience, then move on to the region level, and eventually the Institute level, there is nothing to prevent members from asking to start at a higher level. Following a progression that begins at the chapter level makes sense for those who lack experience, but it always has been possible to skip one or more steps along that path.

Years ago, Institute directors were expected to seek out potential members for Institute committees, and in 1993, I was surprised by an invitation to join the Institute Specifications Subcommittee. And then the fun began. Working in Institute level committees is a lot of work, but it can be among the most rewarding things a member can do, and I suspect that is true in any organization.

At the time, the Specifications Subcommittee was responsible for maintaining SpecText, which then belonged to the Construction Sciences Research Foundation, and for maintaining SpecGUIDEs, a well-intentioned but not so well organized attempt at providing specification guides that relied on CSI chapters for content. Before each of the quarterly meetings, SpecText and SpecGUIDE sections were sent to committee members for review. As soon as I got them, I called local product representatives to get their comments, and I would search for applicable standards and references. By the time I left for the meeting, I was prepared to discuss each section in detail.

At my first meeting, I was thrilled to learn that my research was nothing unusual; virtually every member of the committee had done the same thing. Between preparing for the meetings and participating in the discussions, I learned more and improved my own work far more than I would have in the ordinary course of writing specifications for projects. A couple of years later I moved on to the Institute technical committee, where the experience continued.

I have found few things as professionally satisfying and useful as working on Institute level committees. Everyone shares the same commitment, and all bring tremendous knowledge and experience to share. The intensity is such that issues are discussed throughout the day, through lunch, through dinner, and on into the after-hours meetings. I quickly learned that some of the most important work is done in the less formal, free-for-all atmosphere of the dinner and evening debates.

If you want to help others and help yourself at the same time, I encourage you to get involved, not just at the Institute level, but wherever you can help. If you don't find what you want in CSI, go to AIA, ASCE, ASTM, NSPE, USGBC, and other organizations. Call the committee chairs and members. Ask what they do, and ask what they get out of serving on the committees; they'll probably say something similar to what I just said.

If you make the commitment, you will realize a return on your investment.

Volunteer for a CSI committee!
Posted by Sheldon - Saturday, March 22, 2014