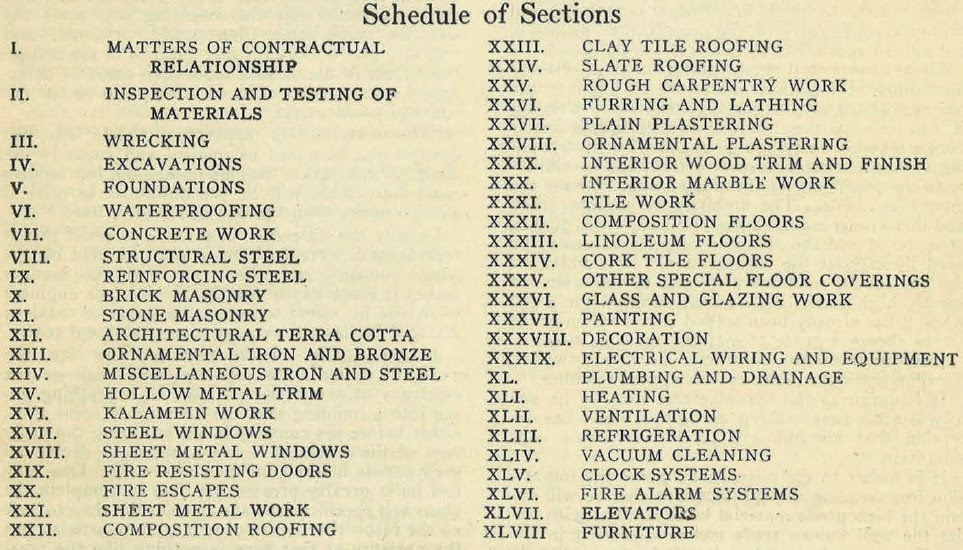 While investigating the history of specifications, I was surprised to find references like this, as I had learned next to nothing about specifications in school (I think the word was spoken the first day of Professional Practice class, never to be mentioned again). It wasn't until I became a specifier that I understood what specifications are, thanks to my local CSI chapter. However, as good as the education and certification classes were, my understanding was that CSI pretty much invented specifications.