Early in December, fellow blogger Randy Nishimura honored me by nominating my Constructive Thoughts blog for the Liebster Award. "How cool!" I thought. "It's nice to know someone actually reads what I write!" Being a specifier, I know how rarely that happens, and the relatively few responses to the hundreds of articles I have written suggests those articles don't fare much better.

The thrill quickly dissipated as I read the description of the award; it's for bloggers with fewer than 200 followers.
The upside is, though my blog is relatively unknown, someone thinks it might be worth reading. 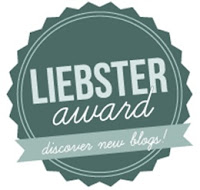 The statistical tools available for websites give a little better idea of how many people at least look at my blog posts. Suffice it to say, mine have not gone viral. I have only twenty followers, but the statistics show I have many more readers. The number varies greatly, depending in large part on how it is publicized, something I'm not good at. Posting a notice on LinkedIn about a recent article brings in more traffic, and a link in the CSI Leader always is followed by a spike in page views.

Randy's blog post included some information about the Liebster award, but, specifier that I am, I had to learn more about it. As I tracked backwards from his nomination, I found several variations with different requirements. Eventually, the rules seemed to stabilize at these:
These rules are much simpler than those Randy passed on, which included responding to a list of questions asked by the person making the award. However, in fairness to Randy, I'll respond to his questions.
And now for my nominations. The envelope, please!

After seeing the various ways this award has been made, I'll deviate a bit from the rules. I don't know how many followers my nominees have; I hope I don't offend anyone who has hundreds of followers!
The next nominees don't have blogs, but they should; encourage them!
Finally, visit Randy's blog post with his nominations for the Liebster Award, all but one of which I had been following. http://sworegonarchitect.blogspot.com/2012/12/the-liebster-awards.html

Happy New Year to all!